The safety and well‑being of everyone who uses Gb Chauffeurs is always our priority. We are actively monitoring the coronavirus (COVID‑19) situation and are taking steps to help keep our communities safe. Our new working hours are 8am-6pm. Please email us at info@gbchauffeurs.com for after hours booking and queries. Learn more

Ways to Get from Heathrow Airport to London 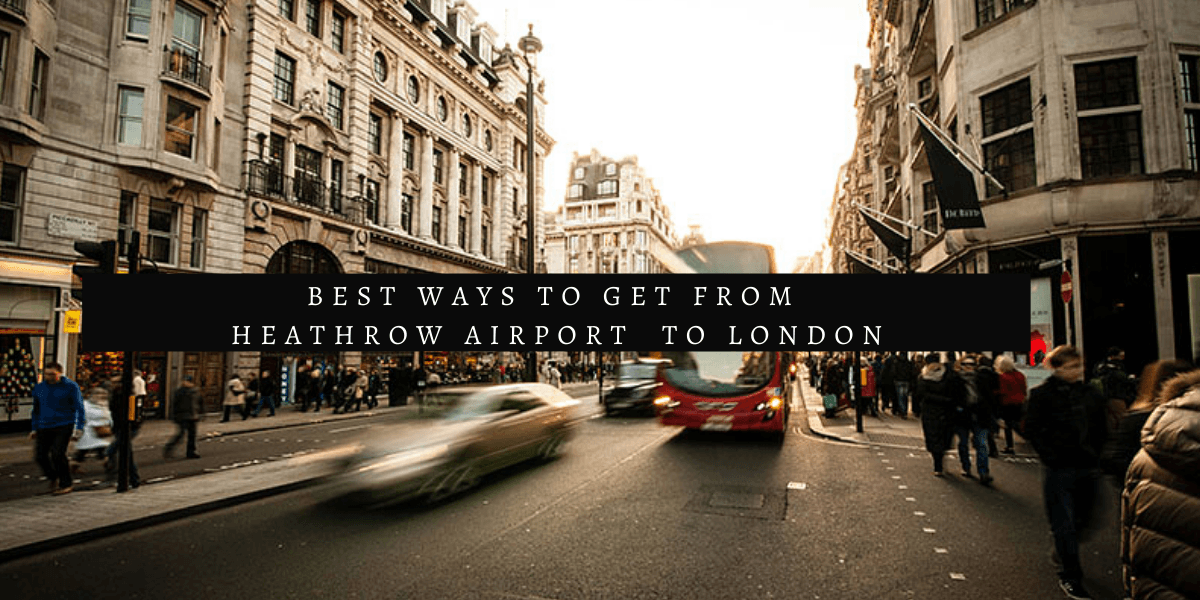 The one thing that comes to mind when we say London is the destination to many enthusiastic places. Numerous people visit London as if offer a great place to hang out. The UK is so centric that it became the first international office of TPG. But we have seen people getting confused about how to get into the city from the airport mainly from Heathrow.

This one is the busiest airport yet is located 16 miles away from the city. This gets confusing as obviously, you don’t spend extra and waste your time in traveling from Heathrow to London.

There are a lot of options to choose from, so it gets confusing which one to go with. The best way depends on the group size, time, personal preference and budget.

Here we have explained different alternative and their pros and cons to help you decide the best way to go from Heathrow to London. 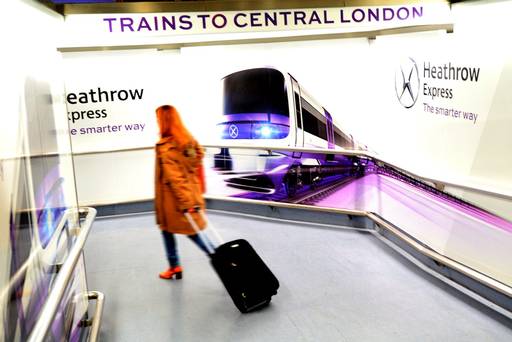 If you are in a hurry to reach the center of London, the express train is the best choice to go with if you stay near Paddington station. It runs from Paddington station to Heathrow Airport in 15 minutes from Terminals 2 and 3.

While from terminal 5, it takes 20 minutes. This way can be expensive if you are traveling in a large group bit booking can save you up to 75% off from the fares. Online tickets lie between $7 to $33.70 one-way. So it is worth to book tickets 90 days before the lowest fares.

Heathrow Express does accept contactless cards. The train here runs from approx. 5 am to midnight and it has luggage racks, Wi-Fi and outlets at the seats. 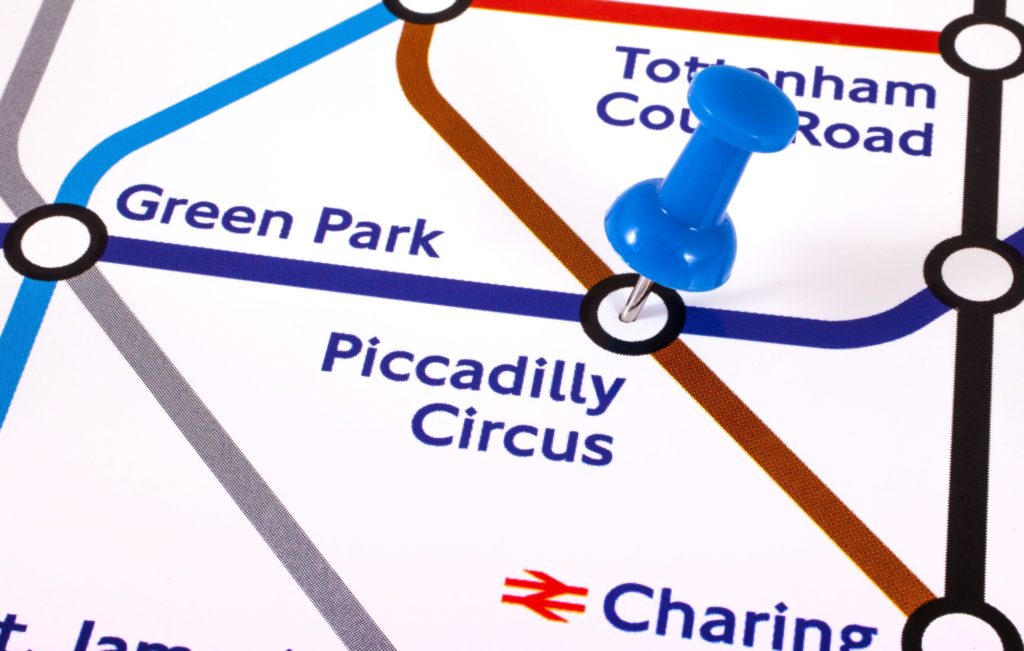 London Underground or Tube is the least expensive way to travel from Heathrow to London. Children who are under 11 can travel for free when they are accompanied by an adult. A single paper ticket is a purchase from the machine before boarding or you can use an Oyster card.

You don’t have to wait for more than 10 minutes eve at the off-peak time. The airport has an underground station: one is for 2 and 3 Terminal and the other is shared by 4 and 5 Terminal.

The Piccadilly line goes through Central London, visiting some of the popular spots like Piccadilly Circus, South Kensington, Kings Cross, and Covent Garden. This is likely to be the least costly transportation mode in the city.

This mode gets difficult when you have luggage as the stations have stairs. And in case you have to interchange the train then it becomes difficult to squeeze into the packed tube especially between 8 and 10 am.

The train starts at 5 am and stop midnight, still, it is advisable to check for your train timing on the TFL journey planner. The Piccadilly Line works 24 hours on Fridays and Saturday with an average of every 10 minutes. Terminal 4 doesn’t have service but you can go through the walkway. 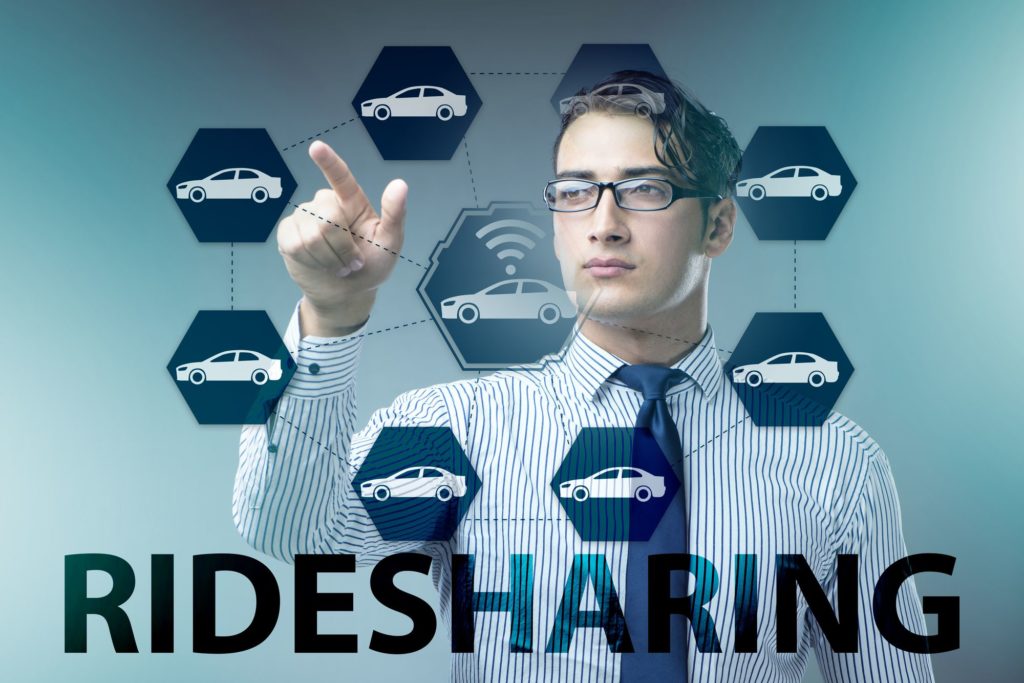 You can reach Heathrow from the following pickup spots:

The time taken by ride-sharing is based on traffic. The charge from Terminal 5 to Piccadilly 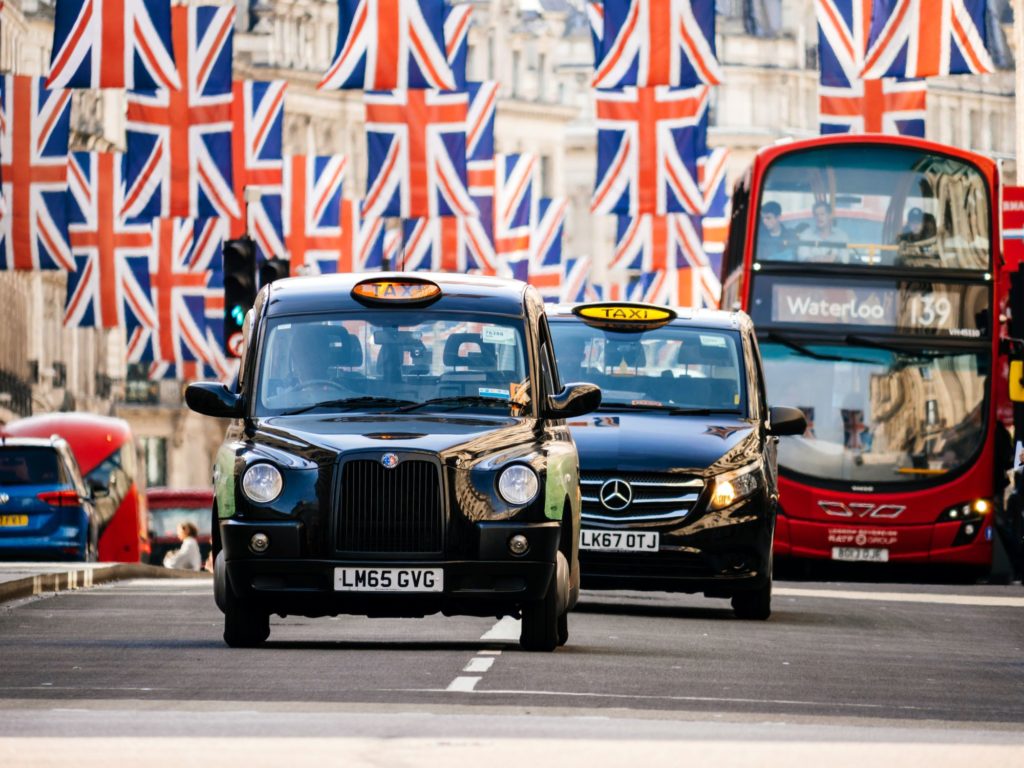 The black cabs are a traditional taxi in London that has five seats. You will find these taxis in the street very often, you can get these cars from cab stand.

There are apps like Gett and have fixed prices from Heathrow to London, so you don’t have to look at the meter. Cabs in London fluctuate in price.

The time taken is approximately 55 minutes to Piccadilly in minimum traffic. Balck cabs are allowed to take the bus lane, unlike other cars. The price is fixed when going to Heathrow but varies when coming from Heathrow cab stand. 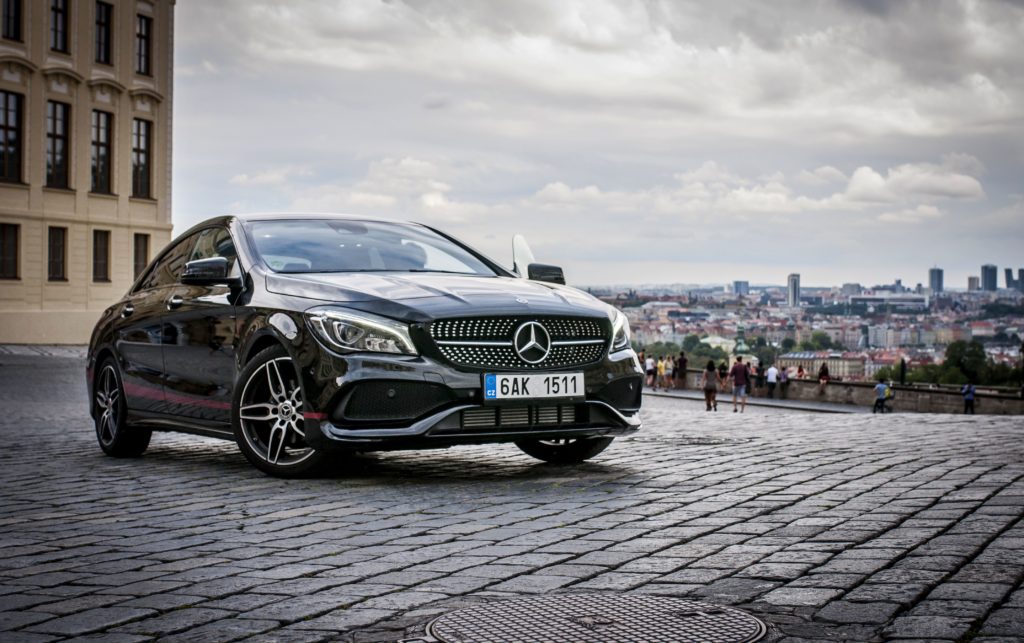 Chauffeur service London is also available to help you reach anywhere in style. The driver will park and wait for you with a sign at the airport gate and help you with the luggage. Additionally, you can reserve a seat for children and pets by requesting ahead.

The time taken is approximately 55 minutes from Heathrow to Piccadilly. Heathrow’s chauffeur services offer fixed-price transfer in style and comfort from any destination. You can choose your vehicle and get the best deal. Vehicles are available under premium execution cars like Mercedes-Benz. 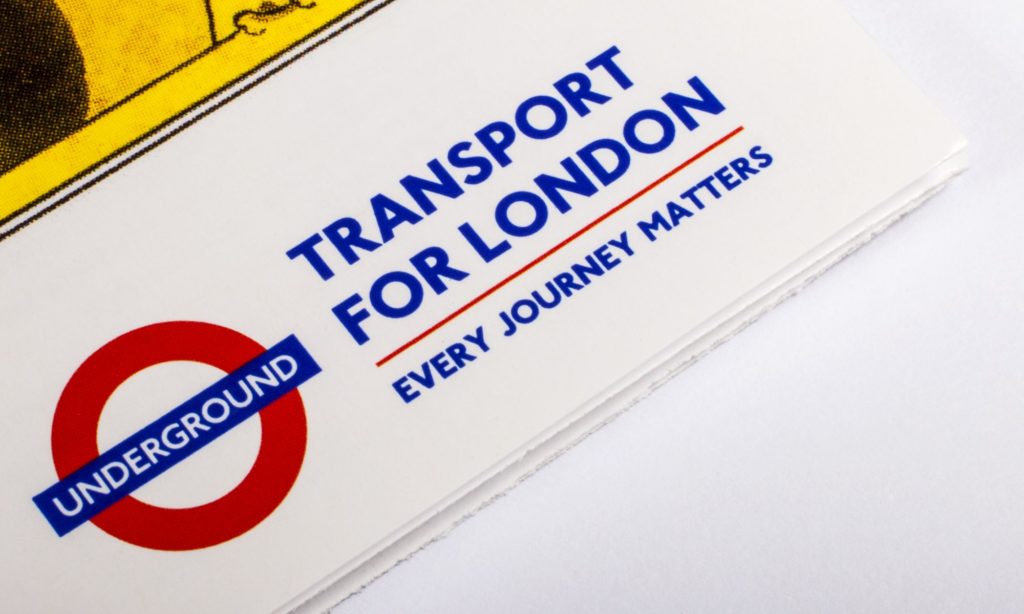 The TfL Rail Heathrow travels from Heathrow and Paddington. This rail departs from the same platform as Heathrow Express but takes halts five to six times. This is a great commuting method if you are staying along the TFL Rail Heathrow route.

As it is a part of the TFL network, you can utilize a London travel pass or contactless payment. The travel time starts at 4:42 am on weekends. The Heathrow train takes 32 minutes from Paddington and Terminal 2 and five more to Terminal 4 or 5. The cost depends on the date and time of the train. 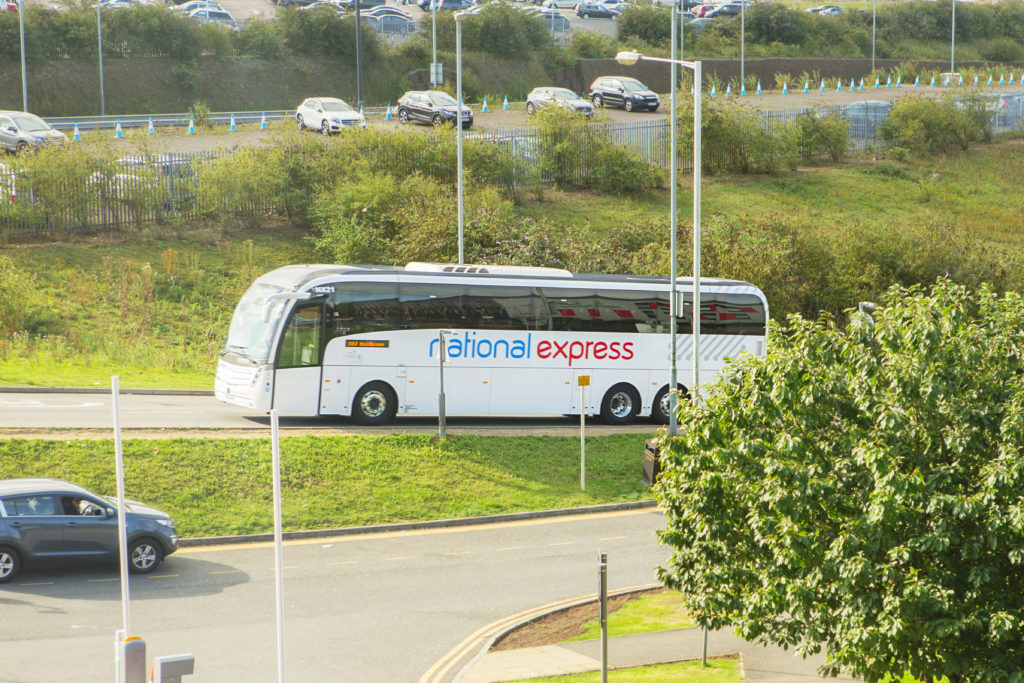 The service of National Express bus starts from 3 am till 12 and 51 times in a day. You can get it from the following Heathrow location:

If you are going for a flight then you may get stuck in the traffic during the rush hour. In such cases, tubes are more reliable but there you can face delays. If you are traveling by tube to Heathrow, check the final destination of the Piccadilly line as some train doesn’t go to the exact destination. Just in case if you have caught the wrong terminal, then switch at Hounslow West.

Hope these ways to travel from Airport transfer from Heathrow to London has helped you decide which one you prefer.