The safety and well‑being of everyone who uses Gb Chauffeurs is always our priority. We are actively monitoring the coronavirus (COVID‑19) situation and are taking steps to help keep our communities safe. Our new working hours are 8am-6pm. Please email us at info@gbchauffeurs.com for after hours booking and queries. Learn more

Airports: How to Get to London from the Airports 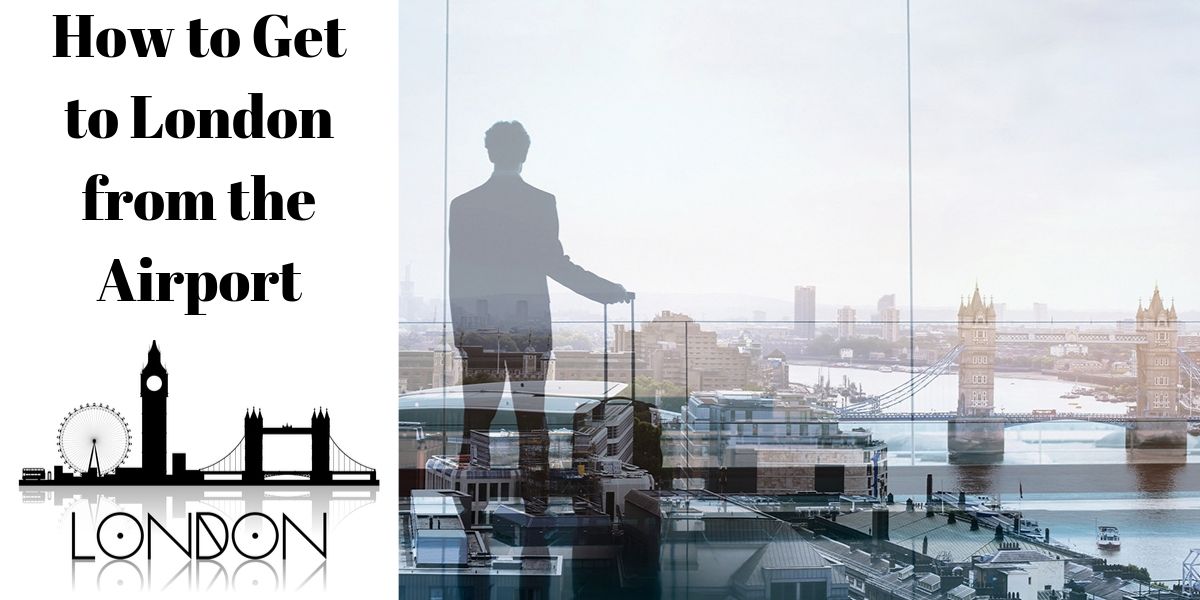 In this blog, we will cover the different ways of getting into the city of London from all six of the London airports. Based on your budget, the amount of luggage you have, the number of people you are travelling with and your convenience, you can pick your choice of transport.

Before we start on to the different varieties of transports available from each of the London airports, let’s have a look at all the six London airports.

Read on to know how you can travel from each of these six London airports to your place of stay.

How to Get from Heathrow Airport to London

Heathrow Airport is the largest among all of London airports and is one of the busiest airports in Europe. This airport is situated to the west of Central London and would require you to consider some transport options to reach the center of the city.

Travelling by Tube from Heathrow Airport

This is by far one of the easiest and affordable ways to reach Central London from Heathrow Airport. The Piccadilly Line is the underground network of London that connects all the five terminals of the Heathrow Airport directly to Central London. The average journey time in the tube is about 60 minutes.

The best part is that, no matter what terminal you are in, you just have to walk for a few minutes to get into the tube. The ticket starts from £3.10 during the times when there is no rush and can increase to £5.10 during peak hours. You can use an Oyster Card for this travel. In case if you don’t have one, you can easily get one at the station and use it for the rest of your stay in London.

Travelling by Train from Heathrow Airport

When you want the quickest way to Central London, then taking a train is probably the best option. If you are travelling alone and do not have much luggage, then you can easily get into one of the trains that frequently runs between Heathrow Airport and Central London.

Travelling by Coach from Heathrow Airport

If you prefer to travel conveniently, then coaches are a better option. Unlike the other forms of public transports, you don’t have to board the bus dragging all of your heavy luggage behind.

Travelling by Bus from Heathrow Airport

Apart from the usual options by rail, you can also take a bus into the city from Heathrow Airport.

How to Get from Gatwick Airport to London

Travelling by train from Gatwick Airport

If you want to opt for the shortest journey time, then trains are, hands down, the best option. On the other hand, trains are also a bit expensive but you can choose different options of trains based on the cost, journey time and route.

Travelling by Coach from Gatwick Airport

One of the cheapest ways to get to Central London from Gatwick Airport is by coach. While most trains do not run in the night time, there are some coaches that run 24X7. However, travelling by coach will take a long time to reach your destination, sometimes as long as more than an hour.

Travelling by Taxi from Gatwick Airport

If you prefer to travel comfortably till the door of the place you stay without having to change two or more transport modes, then taxis are the best option. If you want to go for a less pricey option, then you can prefer minicabs that cost around £55 to reach Central London. Your journey time will also be lesser when compared to coaches as you will take around an hour to reach your destination.

How to Get from London City Airport to London

The Docklands Light Railway (DLR) is the metro system that connects the rail and the tube in London. Based on the area you want to travel, it may take anywhere from 15 minutes to 60 minutes with £3.30. You can also use an Oyster Card for this purpose.

The fare to travel by bus starts from £1.50 and the journey time is majorly based on the traffic.

As the distance from London City Airport to the city of London is less, the taxi charges are also less. If you are travelling with one or more persons, then cab is a comfortable and pocket-friendly option. You can reach your home with just £30 to £50 in a cab. You can book a minicab for fewer rates too.

A1 Cars London has some affordable minicab services for airport transfers and picks up from the London airports to any place in the city. Make sure to book a cab ahead for you at cheaper rates.

How to Get from Stansted Airport to London

Travelling by Train from Stansted Airport

Taking a train will help you reach fast to your destination when you are travelling from Stansted Airport to Central London.

One main thing to note is that you cannot use an Oyster Card for any of these travels.

Travelling by Coach from Stansted Airport

You have many Coach options to travel from Stansted Airport to London.

Travelling by Taxi from Stansted Airport

At Stansted Airport, there are no taxi stations. Therefore, if you plan to get a taxi and get a cab at the airport, then you are in for a surprise. If you want to take a taxi, then the best option is to book a cab before you reach Stansted Airport. You can book online from 247 Airports and get on-time pickup service from Stansted Airport. The price of the taxi may differ from £70 to £100 and can take a solid one hour to reach anywhere in Central London.

How to Get from Luton Airport to London

Luton Airport is similar to Stansted Airport, where a lot of low-cost flights from within Europe land. You can use trains, coaches or taxis to get from Luton Airport to your place of stay.

Travelling by train from Luton Airport

There are two main options to travel by train from Luton Airport to Central London. You can catch the Thameslink and East Midlands Trains to the St Pancras International Station. These trains run at a high frequency of once every 10 minutes and the fares start from around £13.

Travelling by Coach from Luton Airport

Like the other London airports, you have a good frequency of coaches of different costs from Luton Airport. You can take the coaches of National Express, easyBus or Green Line which travels to various destinations like Baker Street, Victoria and Marble Arch. The Green Line tickets are on the pricey side, costing about £11, the easyBus tickets are around £6 and the National Express tickets are cheapest starting at just £2 for online booking.

Travelling by Taxi from Luton Airport

Like the Stansted Airport, you can only get taxis here if you have pre-booked them. Therefore, make use of the popular luxury chauffeur service London like GB Chauffeurs to experience complete comfort after your tiring flight.

How to Get from London Southend Airport to London

London Southend Airport is a fairly small airport when compared to the others and has a limited number of travel options.

If you prefer to travel through public transport, then the best way is to use the trains. The Greater Anglia has about eight trains operating in an hour to the Liverpool Street Station and Stratford. The cost of the ticker starts from £12.10 and takes not more than an hour to reach the station.

It’s rare to get proper cabs from Southend Airport. It’s best if you pre-book a cab beforehand from any of the top cab services like 247 Airports and A1 Cars London. If you want to upgrade your travel, then you get a cab service with a chauffeur in London with the help of the premium luxury chauffeur services like the GB Chauffeurs.

Make sure to take the best call based on the amount of luggage you have and your on-air time. When you are planning to start your tour of London immediately, it is best to get some shut-eye by relaxing in the cab.