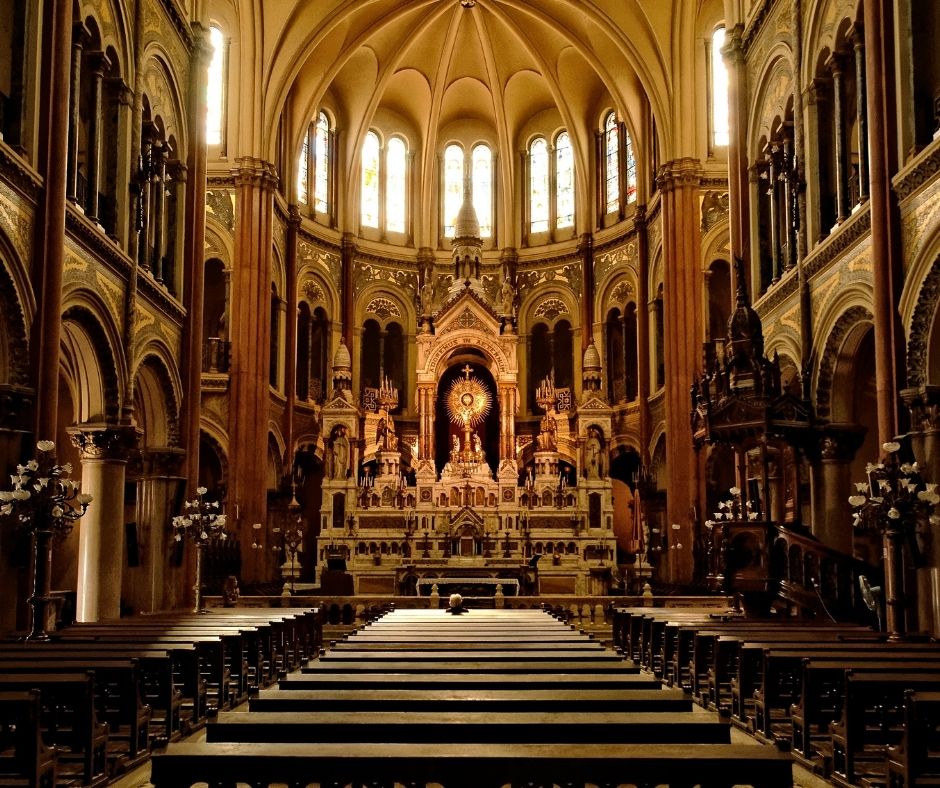 There’s no shortage of places to pray in London. The capital’s home to churches in all shapes and sizes, some having been around for centuries.

In the Jewish faith, a synagogue is the place of worship and central to the community. London’s first synagogue was built in 1701, and many more followed. While much has changed since that first Sephardic congregation was formed, many synagogues still stand today. These are London’s most glorious Jewish churches dotted around the city, but these are six of the most glorious examples:

Beautiful Synagogues to Visit in London

From the West End to Whitechapel, London is a treasure trove of Jewish history and culture. From historical temples to grand new buildings, these places of worship are not only beautiful but also offer a fascinating insight into London’s Jewish community.

The Great Synagogue, built on Duke’s Place, Aldgate, was completed in 1790 and remained the largest synagogue in Britain until 1938 when it was destroyed by fire. But there are a lot more historic synagogues to visit during your stay in London:

London’s Jewish community is one of the oldest and most established globally. It has produced scholars, writers, and business people who have greatly contributed to British culture. The beginning of the proper Jewish establishment started with the Bevis Marks Synagogue completed in 1701.

This is the oldest surviving synagogue in Britain and was built after a 17th-century law that allowed Jews to practice their religion openly when they’d been expelled from England by King Edward I.  The mahogany pews, brass fittings, and stained-glass windows inside preserve the historical and archaeological importance of the place and depict the past. And if you’re looking for things to do in London, visiting the Bevis Marks Synagogue should be at the top of your list.

The Spanish and Portuguese Synagogue of London is one of the oldest Jewish churches in continuous use in Britain, where Sir Moses was said to be a member. It was opened in 1896 and the interiors are constructed in the popular style of  Byzantine with stained glasses and a huge ark.

This Jewish church is also said to have played a major role in the growth of Zionism in the country. In the 20th century, the Lauderdale Road Spanish & Portuguese Synagogue community offered refugee to the Jewish immigrants and has now expanded to include people from all diaspora to help and host religious congregations for all.

The New West End Synagogue was opened in the year 1879. With no architectural references to Spain or Portugal (like Bevis Marks), this synagogue represents a break from tradition as British Jews began to feel more integrated into British society in the 19th century. This place also offers Hebrew classes, children’s sessions, educational seminars, and groups for mothers.

Designed by architect Frederick Troup, Finsbury Park Synagogue was built in 1884 as part of a wider effort to create a “model neighborhood” for London’s growing Jewish community. Its striking Venetian Gothic style features pointed arches, pinnacles, and finials, while its interior features a magnificent marble staircase and stained-glass windows depicting key figures from Jewish history. The rose window above the main entrance depicts Moses with the Ten Commandments.

This is the place to go if you are interested in the history and architecture of London’s synagogues. Built-in 1958 after the original one was destroyed in 1941, this synagogue is considered one of the finest examples of Moorish architecture in Britain. The interior is magnificent, with a stunning stained-glass dome and beautiful carpets.

West London Synagogue is located on Upper Berkeley Street in London, England. Established in 1840, the West London Synagogue is one of central London’s finest and most architecturally important buildings. The first free-standing synagogue to be built since medieval times, it is considered one of the finest examples of a Regency synagogue anywhere in the world. It is a Grade 1 listed building.

The synagogue was originally headed by renowned Jewish Reform minister Rabbi David Woolf Marks, who arrived in Britain from Germany as chief rabbi of Hamburg’s Reform community. Although his congregation was tiny at first – numbering just 24 people – it grew rapidly to admit full members and soon moved to larger premises in 1849 and again in 1867 before finally settling on this site in 1870. The interior has been extensively restored and refurbished over the years, but its architectural splendor has been well maintained.

London, along with the rest of England, is home to many Jewish congregations. With such a long Jewish history in England, many of these congregations have their own beautiful buildings and historic synagogues.

If you’re visiting London, you should visit one of these beautiful synagogues. Want to take a leisurely stroll through these Jewish places of worship and learn about their history?

Book a chauffeur service from GB Chauffeurs to stroll through the streets of London and take in the beauty the city has to offer.